The route stretches in the highest wildlife reserve in the world, the “Sagarmatha National Park.” It covers an average area of 1,148 sq. km. of Himalayan ecological zone. The park’s altitude ranges from 2,845m at Monju to the top of the world, UNESCO listed the park as a World Heritage Site in 1979 for its unique natural, cultural and landscape characteristics. It is also the home to two eight thousand meters giants Cho Oyu (8,201m) and Lhotse (8,516m) besides these there are several other famous peaks above 6,000m. Apparently Everest region trekking changes trekkers some sort of self- pretentious because being near and around to the highest part of the world provides a sense of delight and glorifying achievement.

The moment one hears a name of Everest it is enough for anyone to picture a moment standing in a place on top of the world with peaceful environment and breathtaking panoramic view of the mountains. Everest which stands 8848Mts high has other names popular in Nepal it is popularly known as “SAGARMATHA” in Nepali meaning “Higher than the Sky” and “CHHOMOLUNGMA” in Tibetan meaning “Mother Goddess of the Earth”. The people of this exotic province, the hard crumble in the daily life in the high Himalayas is interrupted by seasons of feasts and festivals, marked by dancing and general merry making. Most of the festivals are of religious importance and celebrated in the temples and monasteries, with rites conducted by lamas (priests). These festivals are extended through the full moon days of May, June, July, August and November in different sections of the Himalayas. While the Sherpas are the most prevalent inhabitants of Solukhumbu, in the lower region of Solu, the Khaling Rai culture reign as well. In Khumbu which has a limited land for agriculture, livestock raising and trade is more imperative, while Solu with less severe winters grows a mixture of staple crops.

The trek in this region pursue through the track of the Dudh Kosi, the ‘River of Milk’, gradually climbing through forests covered by rhododendron and magnolia. It takes one to the foothills of the mightiest of the mountains in the world. Through the trail, one passes through rhododendron and pine forests, crystal clear water rivers, Sherpa villages and Buddhist Monasteries from temperate to snow line regions. Trekkers acquire a spectacular close view of the world’s greatest mountains, Everest, Lhotse, Nuptse, Ama Dablam, Thamserku, Tawache and many other unnamed mountains and peaks. 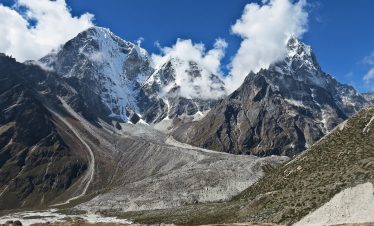 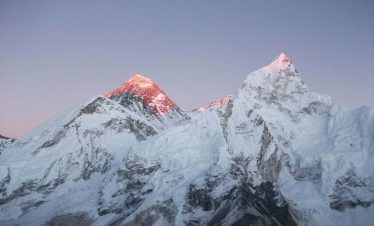 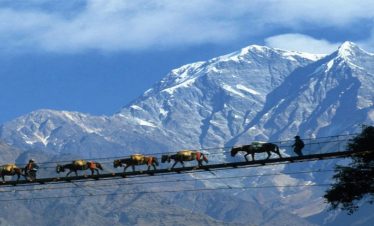 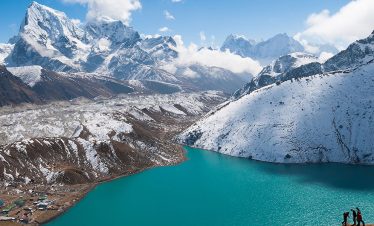 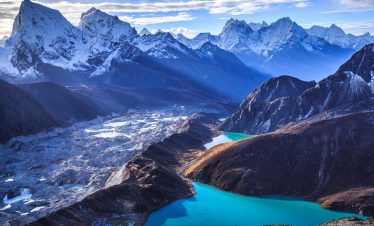 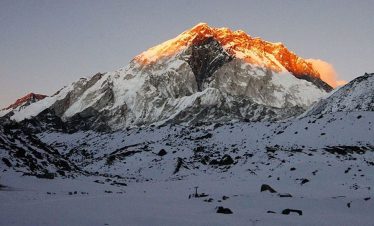