BHUTAN, a Himalayan country to the east of Nepal beyond Darjeeling and Sikkim (INDIA), invites you to explore the land of THUNDERBOLT. A tour of Bhutan brings you to a typical land of colorful cultural heritage and hospitality. THIMPU, the capital of Bhutan and the surrounding areas offer you varied scenic beauty of the mountains and hills and visits of Buddhist Monasteries will let you opportunities of experiencing the spiritual bliss. The sound of bells and drums resounding in the tranquil atmosphere offer you peace of mind and soul. Explore this land and return to your country carrying in your heart all the happiness that this land of THUNDERBOLT offers you.

The Kingdom of Bhutan is a landlocked nation in the Himalaya Mountains, sandwiched between India and the People’s Republic of China in South Asia. The local name for the country is Druk Yul. It is also called Druk Tsendhen (land of the thunder dragon) because the thunder there is said to be the sound of roaring dragons. Historically Bhutan was known by many names, such as Lho Mon (southern land of darkness), Lho Tsendenjong (southern land of the cypress), and Lhomen Khazhi (southern land of four approaches). The origins of the name Bhutan are unclear; historians have suggested that it may have originated in variations of the Sanskrit words Bhota-ant (the end of Bhot – another word for Tibet, or Bhu-uttan (highlands). The word Bhutan as a name for the country dates from the late 19th century.

Bhutan is one of the most isolated and least developed nations in the world; however, the country maintains strong economic and cultural links with India. Foreign influences and tourism are heavily regulated by the government to preserve the country’s traditional culture and national identity. The landscape ranges from subtropical plains in the south to the Himalayan heights in the north, with some peaks exceeding seven thousand meters. Mahayana Buddhism is the state religion and accounts for about half the population. Thimpu is the capital and largest city. 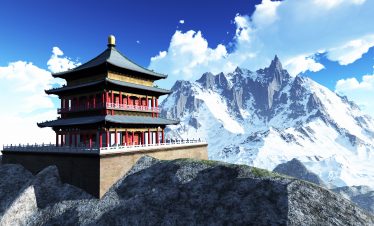 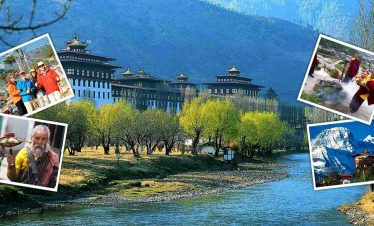 Tour To The Paro, Thimpu, Wangdi And Bumthang